A rare complete set of this beautifully illustrated work on Japanese plants. "There are many other early Japanese flora which are of interest and importance because of their illustrations, but only a few can be briefly mentioned. The 'Chikinsõ' (summary of the earth's beauty) by Itõ Ihei, in 20 volumes, was published in three series between 1710 and 1733. It contains hundreds of illustrations of flowers, many in habitat groups with name tags attached to them. The illustrations vary considerably in quality between the series, but in general those of the first series are the best" (R.C. Rudolph. Illustrated botanical works in China and Japan, published in 'Bibliography & Natural History', Lawrence, Kansas 1966). The first series, 8 vols, was published in 1710, the second also 8 vols in 1719 and the remaining 4 are the supplementary vols, in 1733. The present copy agrees with Edgren, Catalogue of the Nordenskiöld collection, no. 802, were all volumes were published in 1733 'but this edition seems to have been published together with the supplement in 1733'. "The artist of this first series seems to have laid out a whole group of specimens (representing a habitat) more or less overlapping each other, and to have drawn all together. Each kind is represented with a nametag attached. The general effect is not unlike that of the illustrations in Parkinson's 'Paradisus''' (Barlett & Shohara. Japanese Botany during the period of wood-block printing). A very fine set, one supplement volume with some worming in the lower margin. Edgren, Nordenskiöld Coll. 802; Kerlen 666 (only suppl. vols); Barlett & Shohara p. 122. 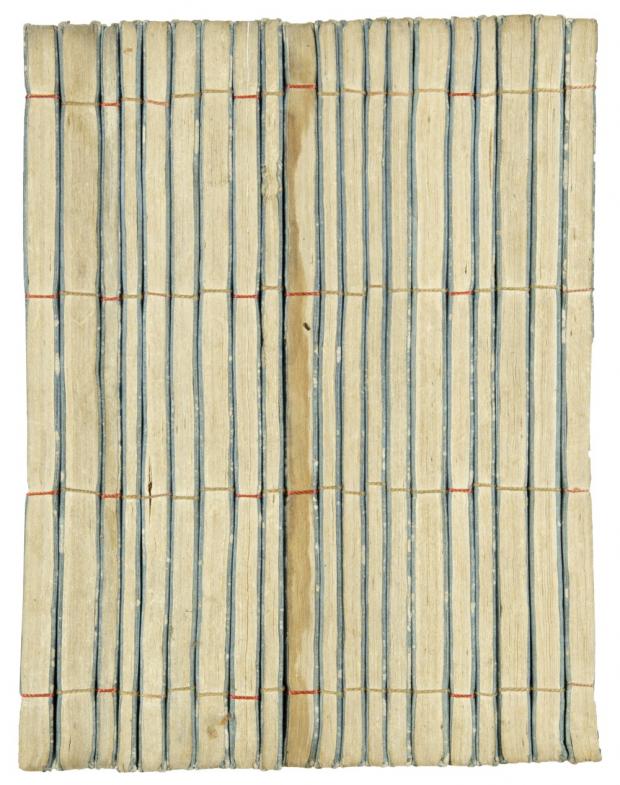