Our company was founded by Dr. Wilhelm Junk (Prague 3.2.1866 – The Hague 3.12.1942). Wilhelm Junk was born in a Jewish family named Jeitteles in Prague where his father was a pharmacist. In 1890 Wilhelm changed his last name to Junk.

In 1882 he joined his uncle Dr. Julius Friedländer in R. Friedländer & Sohn Antiquariat in Berlin and learned the book trade there. At the same time he attended courses in zoology, botany and history of science at Berlin University. After his uncle’s death and after completing his military service in Prague, Junk decided to become independent and established in Berlin on the 10th of September 1899 his own firm specializing in natural history. As a publisher and antiquarian bookseller he was very successful. He published several large series of catalogues, such as ‘Coleopterorum Catalogus’, ‘Lepidopterorum Catalogus’, ‘Fossilium Catalogus’ and others. However, I will focus on the antiquarian part of the business.

Pressured by the political situation in Nazi Germany Junk transferred his offices in 1934 from Berlin to The Hague (Holland). The entire stock of Junk was shipped in two ships to The Hague, totaling some 120,000 kilograms (as Junk was not a ‘Reichsdeutscher’ he managed successfully to move his enormous stock to Holland). At about the same time my father Rudolf Schierenberg (1900– 1991) left Germany for political reasons and likewise moved to The Hague. In 1935 Wilhem Junk sold the Antiquarian Department to my father and Otto Liebstaedter, some time later my father became the sole owner and transferred the business from the Hague to Lochem in the Dutch countryside. 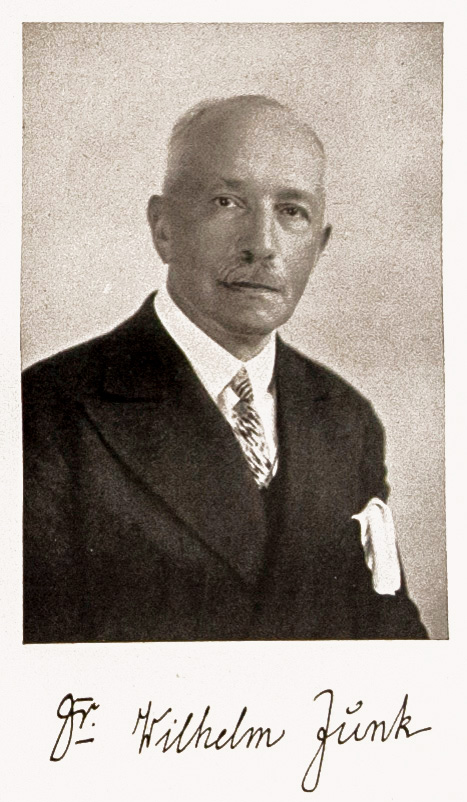 In the archives of Antiquariaat Junk there are no pre-1935 documents. Probably all the material remained with the publisher. However, a few years ago, I received a call from a book dealer in the eastern part of Holland offering me some manuscripts and related material by Wilhelm Junk. I bought the small pile and when going through the papers I was happily surprised. It contained among some personal papers, a number of unpublished short stories by him, over 100 years old, and probably typed by himself, with manuscript corrections and notes. Wilhelm loved the theatre and wrote a theatre version of Wilhelm Hauff’s ‘Zwerg Nase’, which was performed in Prague in 1898. His short stories, none of which were published, very often concern beautiful ladies, and are great fun to read. A keen mountaineer, he published a humorous book about a tour he made in the Alps, ‘Meine Alpenfahrt’ (1905), and also published a book on chess in 1918. Of his many publications on natural history two works stand out. His still useful and informative bibliography ‘Rara Historico-Naturalia et Mathematica’ (1900– 1939), gives collations and comments on rare natural history books, and his posthumously published ’50 Jahre Antiquar’ (1949), summarizes his 50-year career as a natural history bookseller. On page 34 we read the following:

“In conclusion, it must therefore be stated that the scientific antiquarian book trade will have led one of the shortest lives ever to have been allotted to a business, like the sudden brilliance of a meteor soon to return again to darkness. To a certain extent this is also an obituary which I write now, conceived by one who not only experienced the bright moments but also the beginnings of the descent” (Translated from the German).

In honour of this many-sided and interesting personality I decided to digitize most of Wilhelm Junk’s works as well as some of his manuscripts. At the end of this article there is a list of these, which can be opened by clicking on the links. 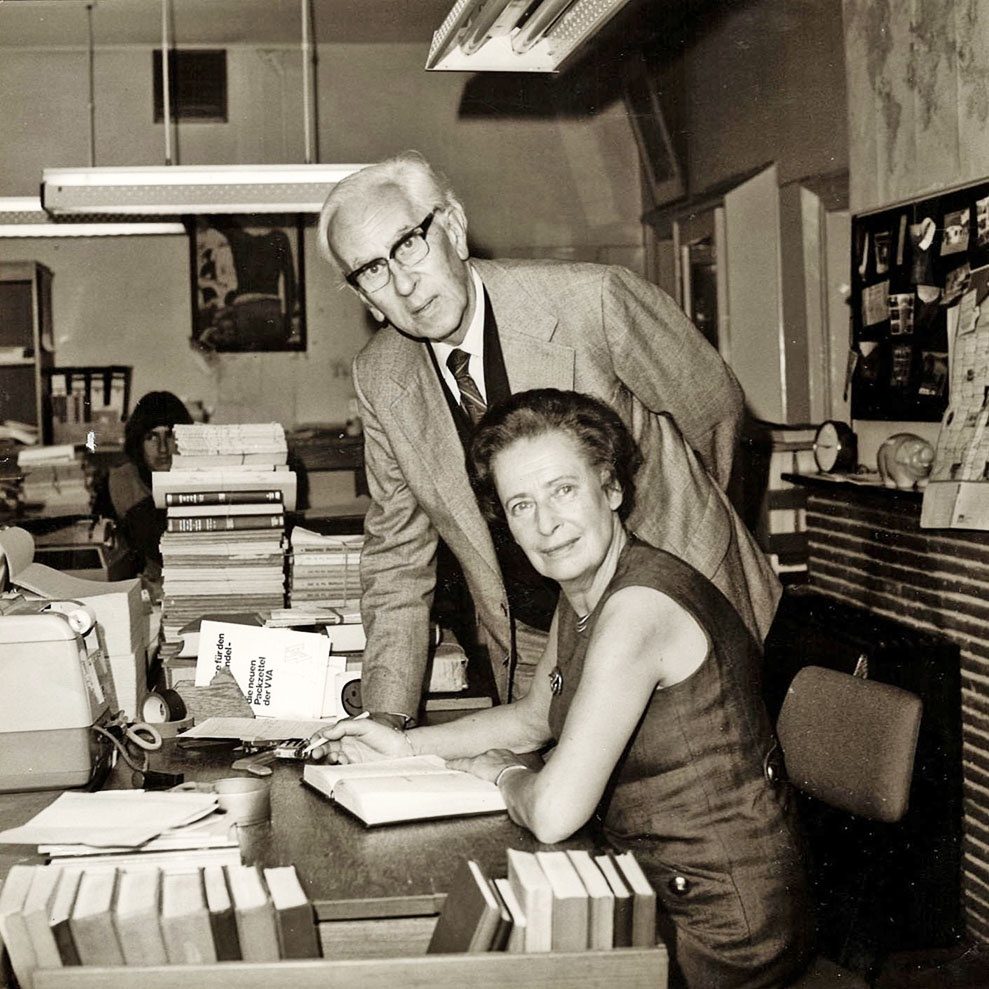 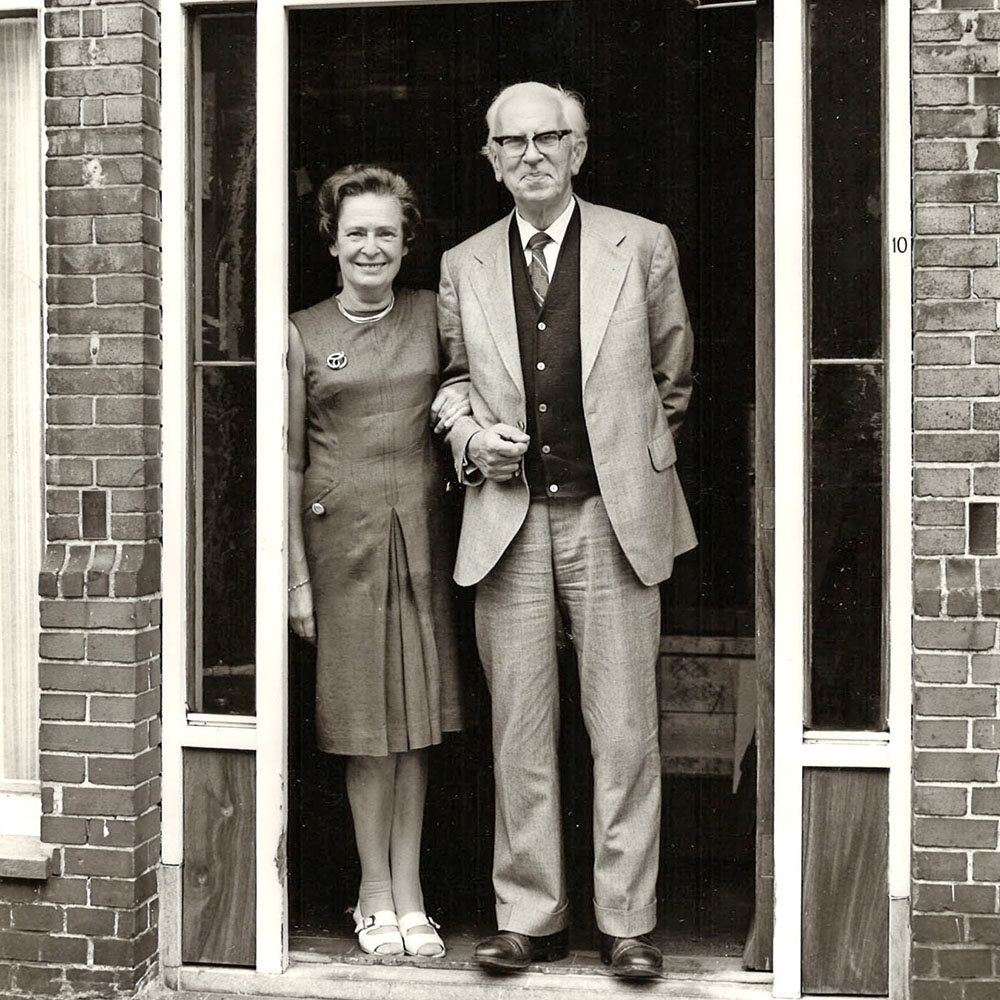 As already said my father Rudolf Schierenberg had left Germany in 1934 for political reasons, and in order to escape German military service in Holland he fled with my mother to Italy, returning to Amsterdam in the last year of the war and going underground. His acquisition of Antiquariaat Junk was more or less accidental. He had no knowledge of such a specialized antiquarian trade as he had studied political sciences, and his interest was in poetry and literature.

In retrospect, it is amazing that with so little knowledge he was able to create, together with my mother, a prosperous business. The emphasis was on enormous quantities of relatively recent scientific books, pamphlets, periodicals, and new books, including Russian publications, that were mostly sold to institutional buyers in the U.S.A. At its peak in the sixties, Antiquariaat Junk employed more than 30 people. Before emigrating to the Netherlands my father had published in 1925 ‘Die Memelfrage als Randstaatenproblem’ (1925), and ‘Der Politische Herder. Ein staatswissenschaftlicher Versuch’ (1932). In 1952 he published in the Castrum Peregrini Presse ‘Gespräche mit Mutter Henschel’. ‘His Freundschaftsdichtung in den Niederlanden. Jacques Perk. Willem Kloos. Albert Verwey (1880-1935). Aus dem Niederländischen übertragen und mit einer Einführung versehen’ appeared posthumously in 1996. 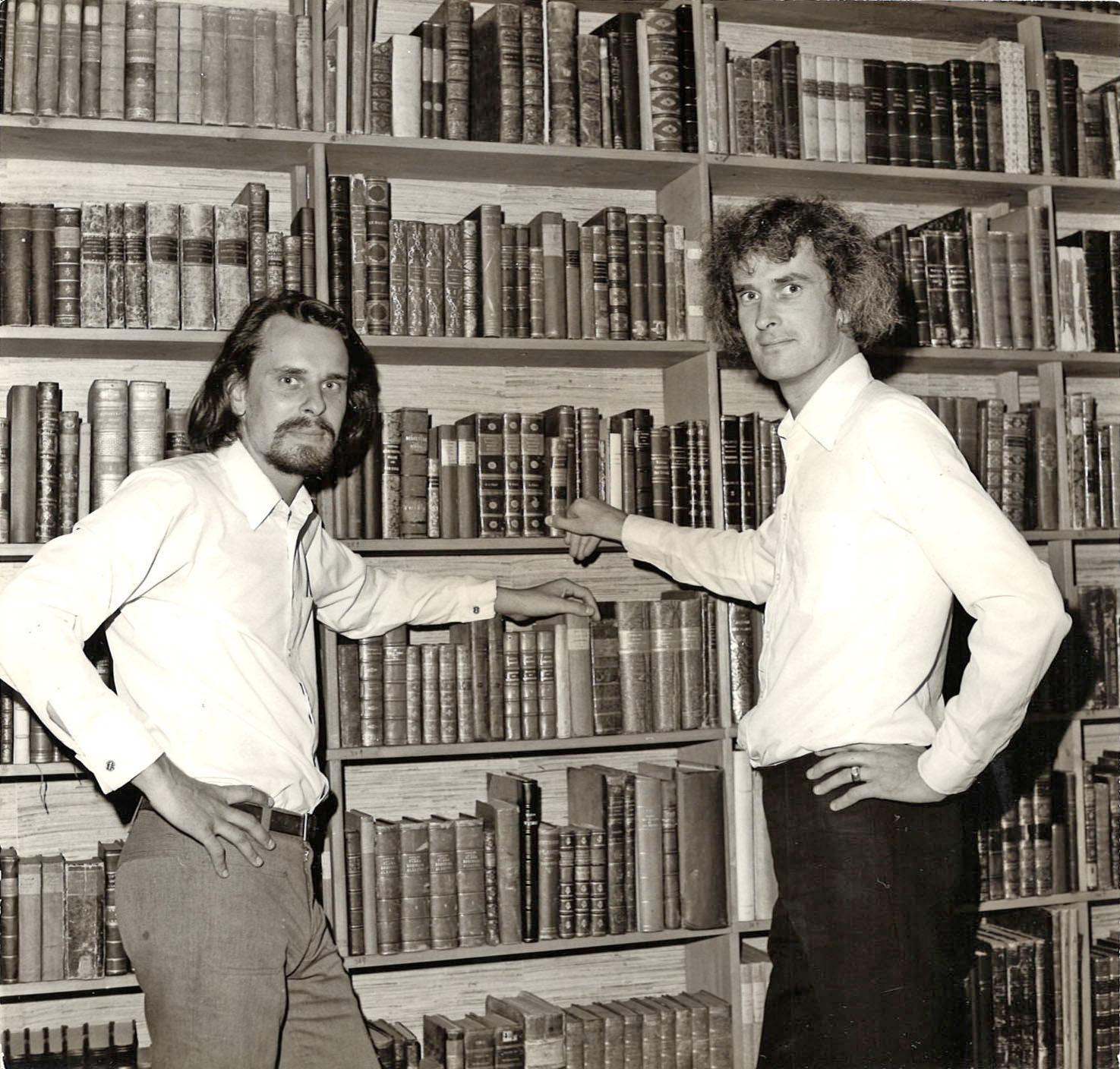 When I entered Antiquariaat Junk my brother Dieter had already developed the periodical department which at that time was one of the main pillars of the business. I learned the antiquarian book trade in old and rare scientific books working for Rousseau Girard in Paris, and when I returned to the family business in my early twenties I decided to develop a new department dealing exclusively in old and rare natural history books. Catalogue 135, published in 1966, was the first catalogue dealing exclusively with rare books, continuing a tradition which Wilhelm Junk had started many years before. My father retired in 1968 and my brother Dieter and I closely worked together until 1976, when he decided to start his own company Dieter Schierenberg BV. Dieter is now retired and is living and painting in the South of France. His son Jeroen is in charge of the business and both our companies occasionally work together on certain projects.

In 1979 I decided to drastically change the business, leaving the small town of Lochem, and transferring operations to Amsterdam. I disposed of all the recent material, greatly reduced the number of staff, and focused on rare and valuable books. 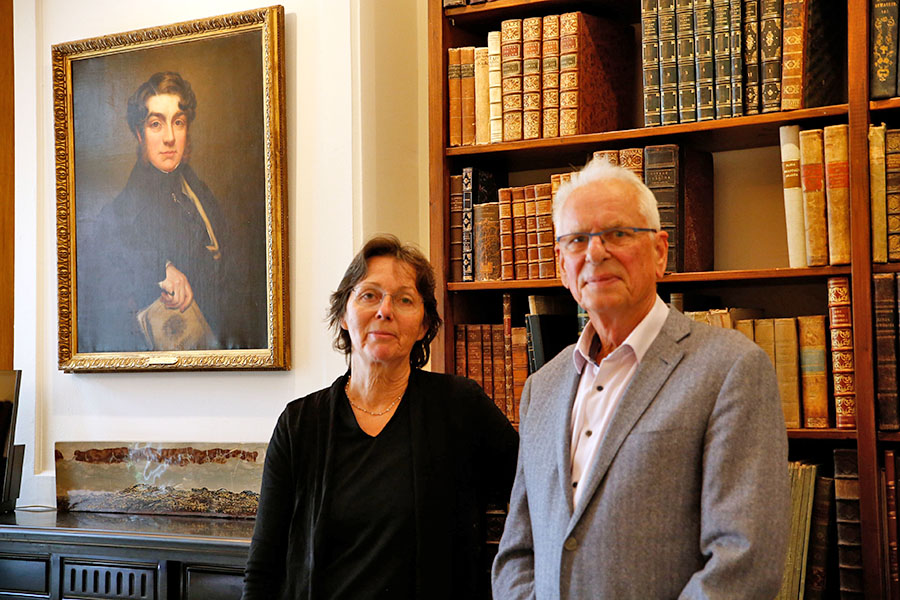 For the last 35 years my wife Jeanne and I have run the business together. We overlook the beautiful Vondel Park and we greatly enjoy our work. Many of our customers find their way to Van Eeghenstraat, and it is always a pleasure to welcome someone previously only known through the internet. We also exhibit yearly at a number of international Antiquarian Bookfairs, so we have many occasions to meet our customers. Our internet site with thousands of pictures makes it convenient for our customers to see what is being offered.