Copies by Justus Sadeler of Hoefnagel's beautiful and influential pattern book, one of the principal sources of seventeenth century still life painting. Hoefnagel's 'Archetypa' consists of 4 parts with 52 engravings. Sadeler copies Hoefnagel, albeit with quite some changes. The lettering is different and there are a number of spelling mistakes. Many of the plates are slightly different adding small animals or replacing others. The second plate of the present work is dedicated to 'All' Illmo Sigr. mio Sigr. et Pron. Colmo. Il Sigr. Lorenzo Soranzo Podestà et Capitano di Treuiso' engraved by Jo. De Fris. DD. Each plate is illustrated with insects, small animals, flowers, fruits, vegetables, etc, most have captions in Latin. Sadeler's suite of plates seems to be even rarer than Hoefnagel's original. We offered in our catalogue 290 no. 40 (2011) a copy with 39 plates (one more plate than the present copy) and according to Dr. Sam Segal that copy was the most complete copy known. He only knows of 2 copies. One copy formely in the library of C.G. van Tubbergen, Haarlem with 31 plates and another one with 19 plates. WorldCat lists a copy in America with 37 plates, which was purchased from Lathrop Harper's catalogue 197 no. 58. It is however unknown if Sadeler's suite of plates ever contained the same number of plates as Hoefnagel's work. Justus Sadeler (Antwerp 1572?-c. 1620) was a member of a famous family of engravers and the son of Jan Sadeler I. "He was a pupil and assistant of his father, whom he followed to Munich and then to Italy. In 1601 Justus was recorded in Venice, where he spent the greater part of his career... Justus left a very small number of his own works... Otherwise his oeuvre consists mainly of copies after prints by Adrian Collaert, Joris Hoefnagel, Hendrick Hondius and Hans Vredeman de Vries" (Dictionary of Art). "The series of engravings in the 'Archetypa', published in Frankfurt in 1592 - showing close-up portraits of plants, insects, and small animals, with their sources in paintings by Joris Hoefnagel - immediately aroused the admiration of lovers of art and nature. The impressive depictions of the 'little world', the microcosm, were intended not merely as representations, but through their penetration into form and structure were also meant to provide a means of explaining the plan of creation - the macrocosm. Joris Hoefnagel was the last significant miniaturist of the late sixteenth century. His fame was, and continues to be, based on the illuminated manuscripts and cabinet miniatures that he produced on commissions from the Emperor Rudolf II and other courtly patrons. His son Jacob, building on his father's fame, produced a series of engravings based on his father's nature motifs, under the title 'Archetypa'... the engravings are accompanied by epigrams that give the images an emblematic quality extending beyond superficial representation" (T. Vignau-Wilberg p. 7). The full title of Hoefnagel's work is: 'Archetypa studiaque patris Georgii Hoefnagelii Jacobus F. genio duce ab ipso scalpta omnibus philomusis amice D. ac perbenigne communicat'. [Archetype and verses by G Hoefnagel, his father, are presented, engraved in copper under the guidance of his genius and communicated in friendship to all lovers of the Muses by his son Jacob]. Later copies of Hoefnagel's 'Archetypa', are known to have been published by Christian Weigel in Nürnberg, Jeremias Wolff in Augsburg, as well as single sheets by Nicolaes Johannes Vischer in 1630. A very clean copy with strong and fine impressions with wide margins. The leaves measure 220 x 295mm. T. Vignau-Wilberg. Archetypa Studiaque Patris Georgii Hoefnagelii. München 1994; Nissen ZBI, 1954. 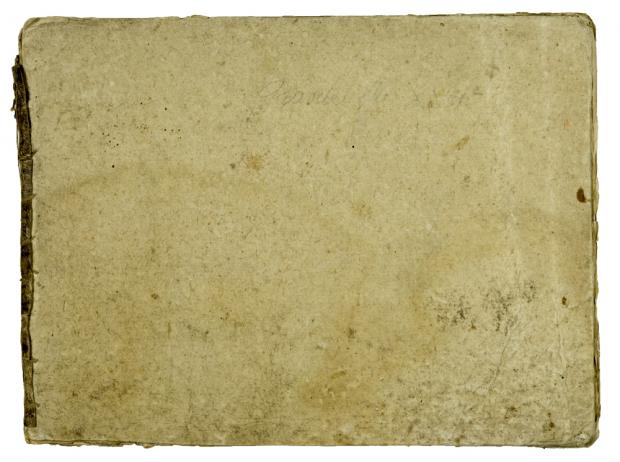