The rare 4to issue printed on 'Velin'. The ordinary issue in 8vo was printed on wove paper. "It wasplanned to publish 800 plates but as far as we know the regular publication was terminated with plate 544" (Stafleu & Cowan 3311). Three issues appeared of the work one in 8vo, the here offered one in 4to, and 12 copies were issued in folio. The work was published at his own expense, as were his other works. He hoped thereby to earn a comfortable living, but this did not happen and despite the fact that his writings were well received, he lived close to poverty for most of his life. Jean Henri Jaume Saint Hilaire (1772-1845) was a French botanist and botanical artist. "It is not until the beginning of the nineteenth century that precise scientific drawing commences to characterize French flower plates but with the transition the French artists such as Jaume St. Hilaire, Bessa, Turpin and Redouté rose almost immediately to world pre-eminence. These names are collector's high points" (Dunthorne p. 4). Blunt considers Jaume Saint-Hilaire a distinguished botanist and praises his 'Plantes de France' with its 1000 pleasant little stipple plates. Jaume Saint-Hilaire studied flower painting under van Spaendonck in Paris, and may have worked with Pierre Joseph Redouté, the master artist who tutored more than a generation of flora painters. Some occasional discoloration around subjects to a small number of plates especially in the second volume. Dunthorne 160; Stafleu & Cowan 3311. 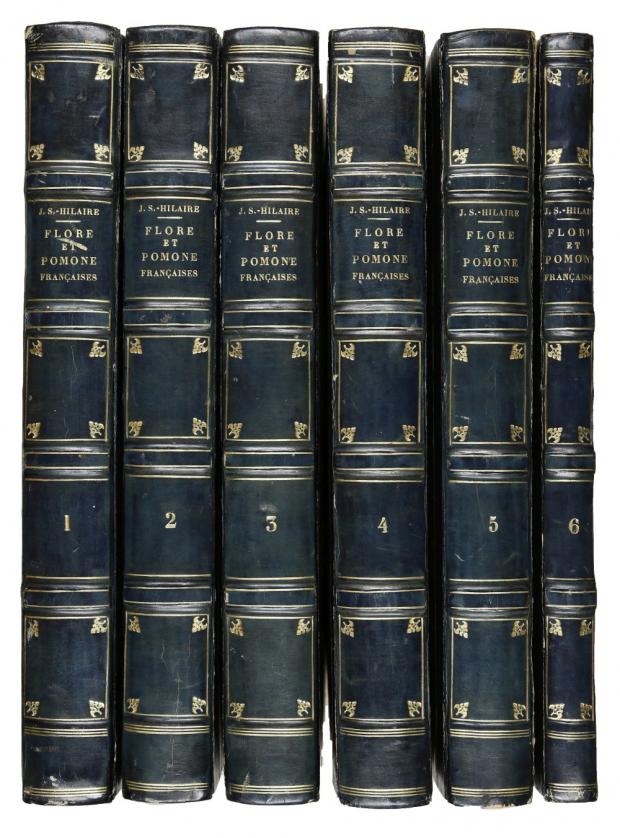