First edition, first issue with the very rare supplement by the author's son Carl Friedrich Gaertner. The first volume is dedicated to Joseph Banks. The work is a taxonomic landmark and many of the seeds and fruits derive from Cook's first voyage and from the collection of Sir Joseph Banks. "In 1778 he (Gaertner) was in London, renewing his contact with Joseph Banks, and, as always, hospitably received at the treasure-house in Soho square. Since his first visit, Banks and Solander had made their great trip around the world with Cook on his first voyage (1768-1771). The collections of that trip were liberally made available to Gaertner, who was allowed to take named specimens with him, often of new taxa that had only been provided with manuscript names by Banks and Solander. The same was true of fruits obtained from specimens grown at Kew, among which were plants brought back by Banks and Solander, as well as the first introductions from South Africa by Masson " (F.A. Stafleu. Joseph Gaertner and his Carpologia p. 1). Gaertner incorporated unused material from the East Indies obtained from Leiden, as well as plants from Japan and the Cape given to him by Thunberg. "Gaertner used fruit and seed characters (characters new to science) to reinforce and extend the Carl Linnaeus classification of flowering plants. His research included species which had been unavailable to Linnaeus. Some were Australian" (H. Hewson, Australia. 300 years of botanical illustration p. 30). Joseph Gaertner died in 1791 finishing the third part of the second volume up to page 504. The second volume was distributed with 504 pages including an 'Index generum universalis' (pp. 489-504). Carl Friederich Gaertner published the third volume which is very rare and added an 'Index synonymorum' pp. 505-520 to the second volume, which must be considered a second issue of the 2nd volume as many copies were distributed without the second index which was issued a year later in 1792. The title page on the second volume is dated 1791. "But Gärtner's theory of the seed is one of his most valuable contributions to the science" (Sachs p. 124). An excellent copy of this famous classic on the morphology of fruits and plant seeds. Its fine and elaborately engraved plates are almost all by the well-known Nürnberg artist J. Sturm. Stafleu & Cowan 1925 & 1921; Hunt 697. 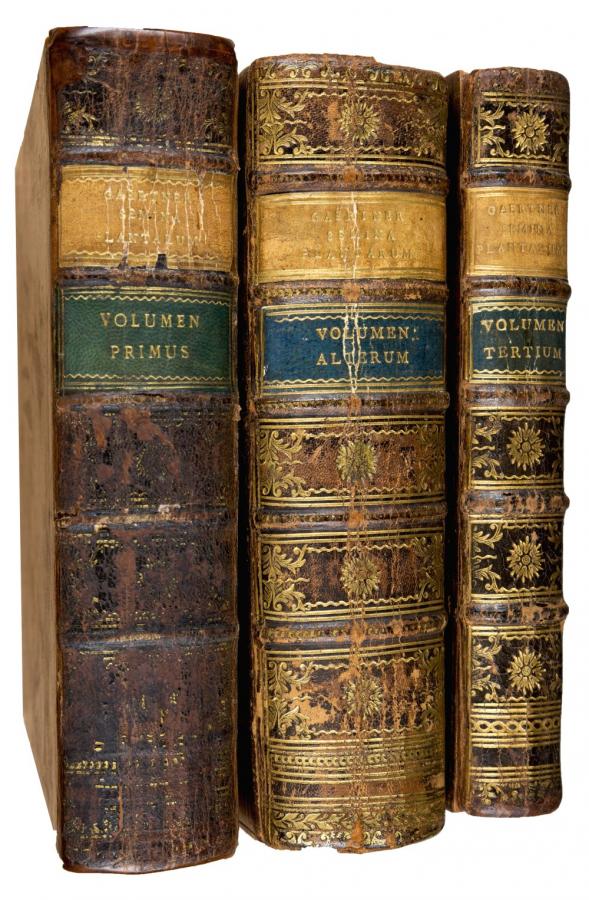