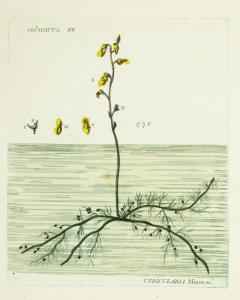 Eur 7,000 / USD 7,700
The price shown on each item does not include V.A.T (Value Added Tax). As a result of the recent EU legislation we are required to charge our EU customers the percentage of V.A.T. charged by the customer’s country of residence, unless they possess a V.A.T. registration number. Postage Additional.

In all fairness, it must be added that each species treated... was skillfully and fully described, and Bergeret's illustrations were exceptionally good

First and only edition of this noted rarity. The prospectus of the work announced 200 copies, of which 100 handcoloured, probably far fewer copies were produced. Our copy does not include fasc. 22. The only complete copy we could trace was the Plesh copy which was sold in 1975. The de Belder copy which was sold at Sotheby's 27 April 1987, lot 21 (mis-catalogued), made Pounds 13,200 and lacked fasc. 26 and 28 and contained 300 plates.
It is one of the most bizarre flower books and reflects the intellectual optimism of the Enlightenment and the belief in the possiblity of universal knowledge. Bergeret invented a system of naming plants which would contain all the essential knowledge about their class, family, genus, species as well as descriptive features, contained in a single name. He assigned letters of the alphabet to characters of each plant concerned. This 'simple' mnemonic system, he believed, would establish a universal nomenclature and allow anyone, without recourse to botanical texts, to name any plant in the world. As an example of his nomenclature, Plantago Major, L. becomes GIQGYABIAHUQZEZ etc. "These are formulae and cannot be considered as names under the International Code of Botanical Nomenclature" (Stafleu).