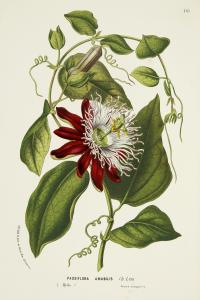 Eur 15,000 / USD 16,500
The price shown on each item does not include V.A.T (Value Added Tax). As a result of the recent EU legislation we are required to charge our EU customers the percentage of V.A.T. charged by the customer’s country of residence, unless they possess a V.A.T. registration number. Postage Additional.

illustrated with chromolithographs, designed, printed and sometimes "rebouché au pinceau" in the large printing office situated in the middle of van Houtte's gardens

A rare set, with all the plates, of this very fine illustrated work. The "Establishment Louis van Houtte" has been the largest nursery in existence not only in Belgium, but on the whole continent. It was famous for its splendid catalogues, issued by its own printing department. This beautiful periodical, appearing monthly for almost 40 years, was illustrated with chromolithographs, designed, printed and sometimes "rebouché au pinceau" in the large printing office situated in the middle of van Houtte's gardens. The man behind this enterprice, Louis van Houtte, ran the firm for about fifty years; after his death the business soon collapsed. In the relatively short time of about half a century in which colour printing from stone dominated the scene of botanical illustration (1800-1850) the Belgian lithographers reached the ultimate of craftmanship. The names of Severeyns, Stroobant and de Pannemaeker are justly famous. Stroobant was the printer of many of the illustrations of the first 10 volumes, he created his own establishment later on; de Pannemaeker painted and colourprinted more than three thousand flower- and fruit-illustrations for many periodicals and books, and was a landscape painter of some renown. He learned the trade under Stroobant's guidance and refined in several steps the process of chromolithography. The illustrations of the "Flore des Serres" depict flowers and plants for sale in the van Houtte's nursery; exotic plants figure extensively.
There are 2481 numbered plates and some extra, mostly plain plates, without a number. The double-page plates have 2 numbers and some of the very large folding plates have 4 numbers, sothat the actual number of plates is less than 2500.